A totally different kind of fall today with fewer Phylloscs but fields full of Wheatears - conservatively estimated at 300 - across the Bill and up the west side of the island; joining the hoards of Wheatears on fence posts and fields were, amongst others, 10 Whinchats and eight Yellow Wagtails. The Bill is really starting to come alive with the sounds of migrants singing on their way to the breeding grounds as multiple Whitethroats, Grasshopper Warblers and a lone Corn Bunting were tempted into stringing a few notes together. All of this was accompanied by a constant stream of Sand Martins and Swallows up the West Cliffs. At the north end of the island, three Ring Ouzels appeared at the Verne moat to add to the lingering bird at Barleycrates Lane. The sea ticked over all day, with 6 Arctic Skuas and an Avocet the pick of the quality amongst the routine fare.

Just a small selection of the stunning spring migrants we are treated to at this time of year © Debby Saunders (Whinchat and Yellow Wagtail) and Joe Stockwell (Whitethroat and Redpoll): 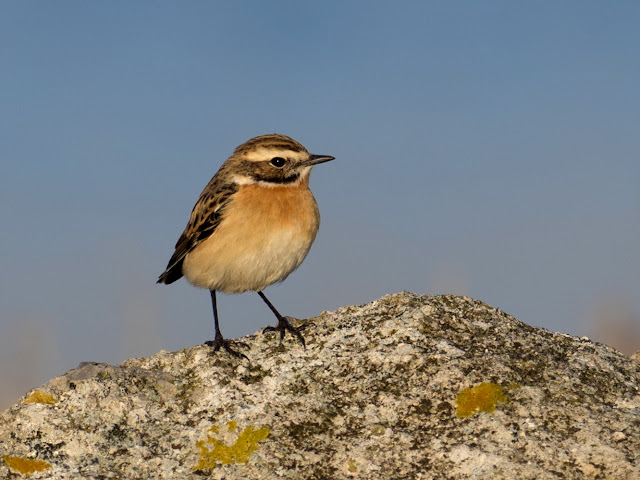 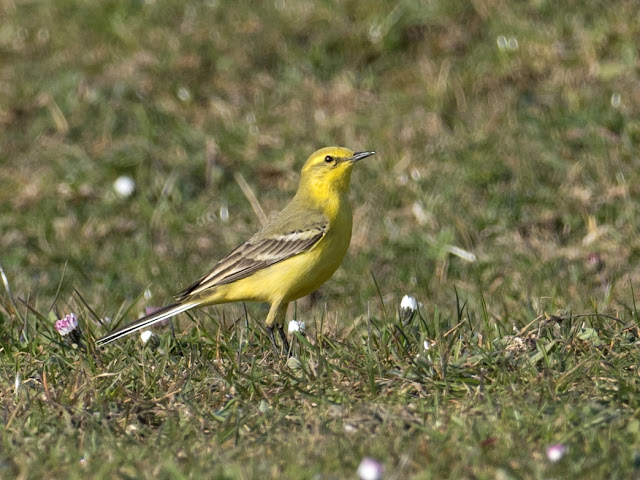 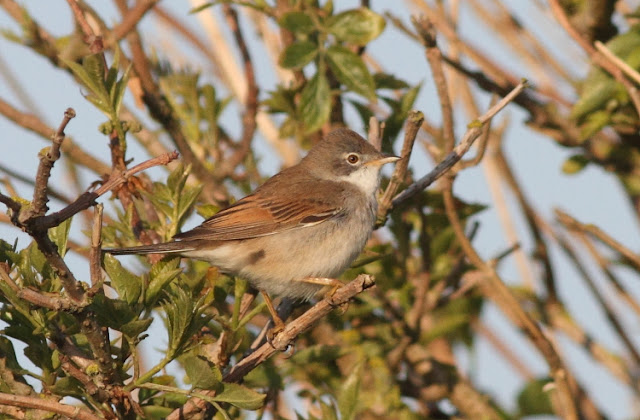 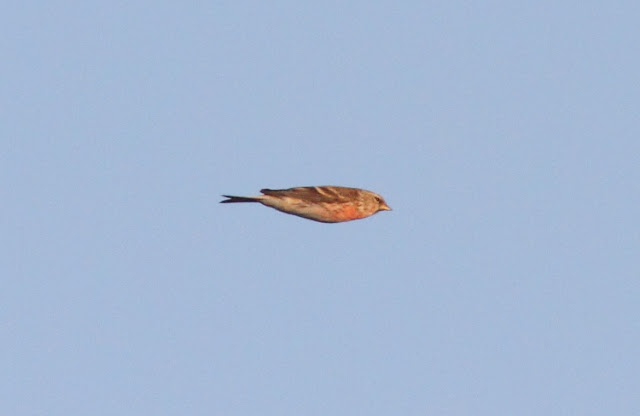 Sometimes it's difficult to avoid distraction with birds on the land but also on the sea. The constant acrobatics of breeding Fulmars complemented by a fly-by Arctic Skuas © Joe Stockwell: 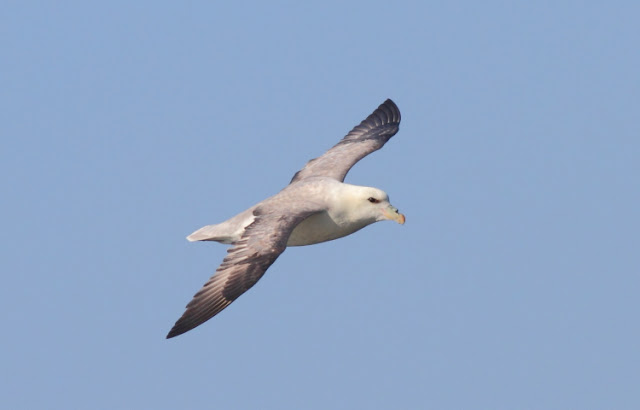 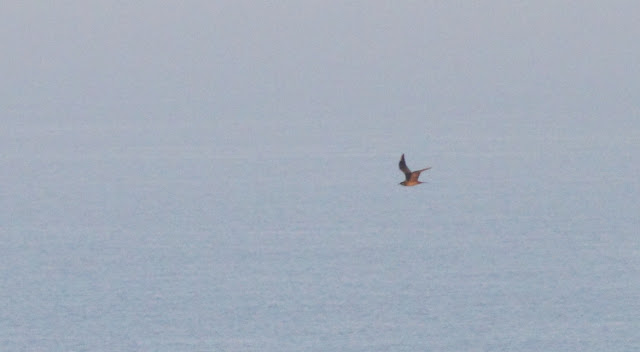 This is getting repetitive - in a really good way. Cloudless skies and the merest hint of a northeasterly breeze resulted in a very broad fronted arrival across the island although the west side was certainly favoured for variety. Dawn saw the now customary rush of Willow Warblers, Chiffchaffs and Blackcaps at the Bill, including another 250 of the former, whilst variety was to the fore elsewhere: both Whinchat and Redstart reached double figure totals for the first time this season, with Grasshopper Warbler falling only just short of this mark; 3 Ring Ouzels, a Little Ringed Plover and a Short-eared Owl were the best of the rest. The sea was well-watched but missing all the numbers reported from further up the Channel: 80 Common Scoter, 63 Bar-tailed Godwits, 25 Sandwich Terns and 15 Red-throated Divers provided what numbers there were, with 2 Shoveler, 2 Arctic Skuas and a Little Gull the best of the quality. 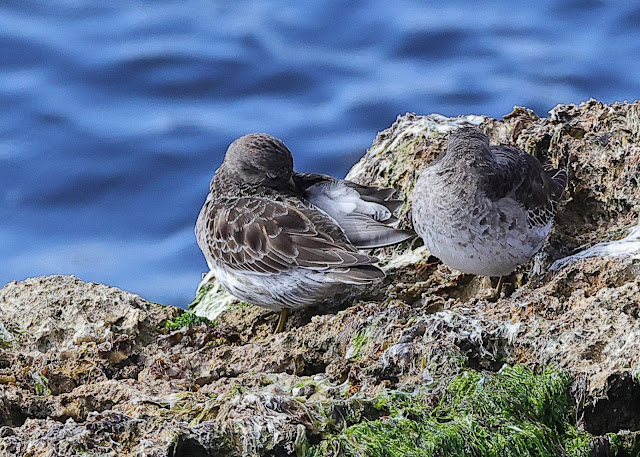 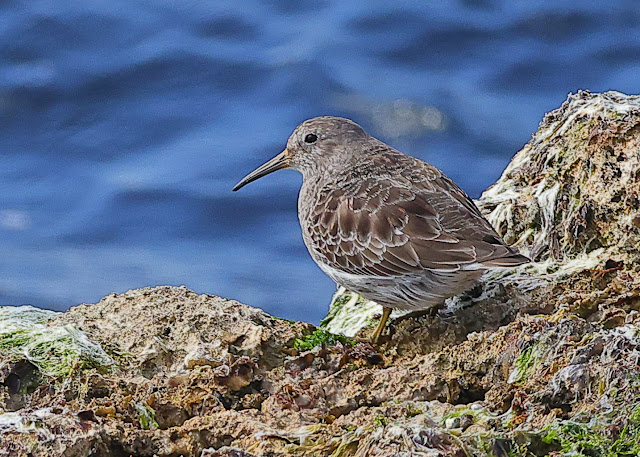 The Ferrybridge Little Terns are well and truly back for another, hopefully, successful season, with some passage of them also evident today © Pete Saunders: 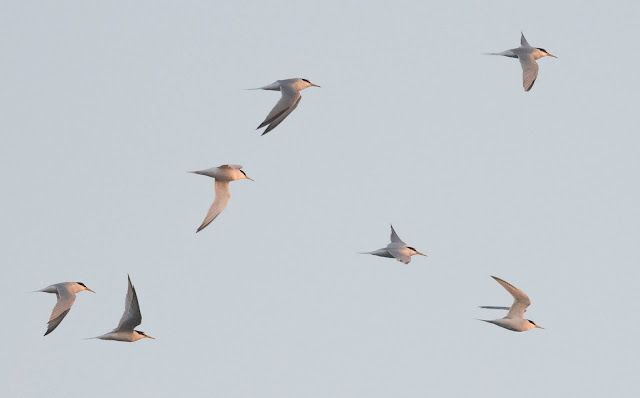 Wheatears were abundant all the way round the Bill and up the west side of the island to Ferrybridge today © Pete Saunders: 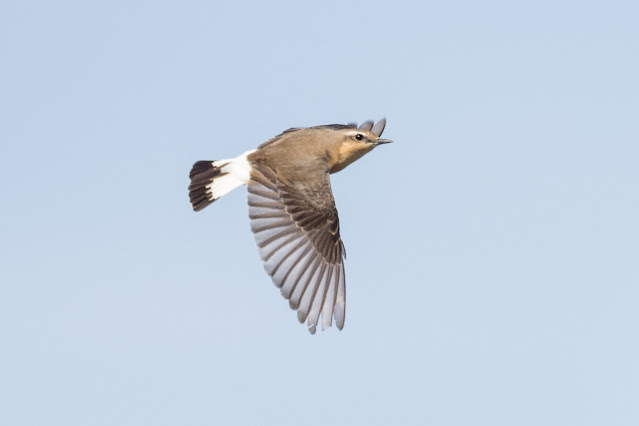 On a day when some dozens of Little Gulls were logged at points eastward, this one sneaking the shortcut over Chesil during the evening was Portland's only record © Joe Stockwell: 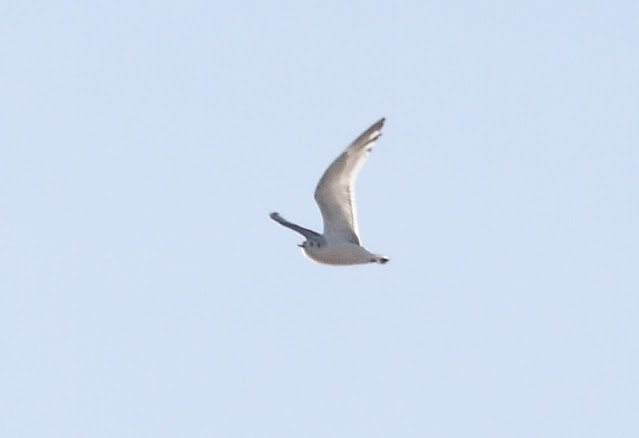